Analysis: For movie awards season, February is beginning to look a lot like Christmas 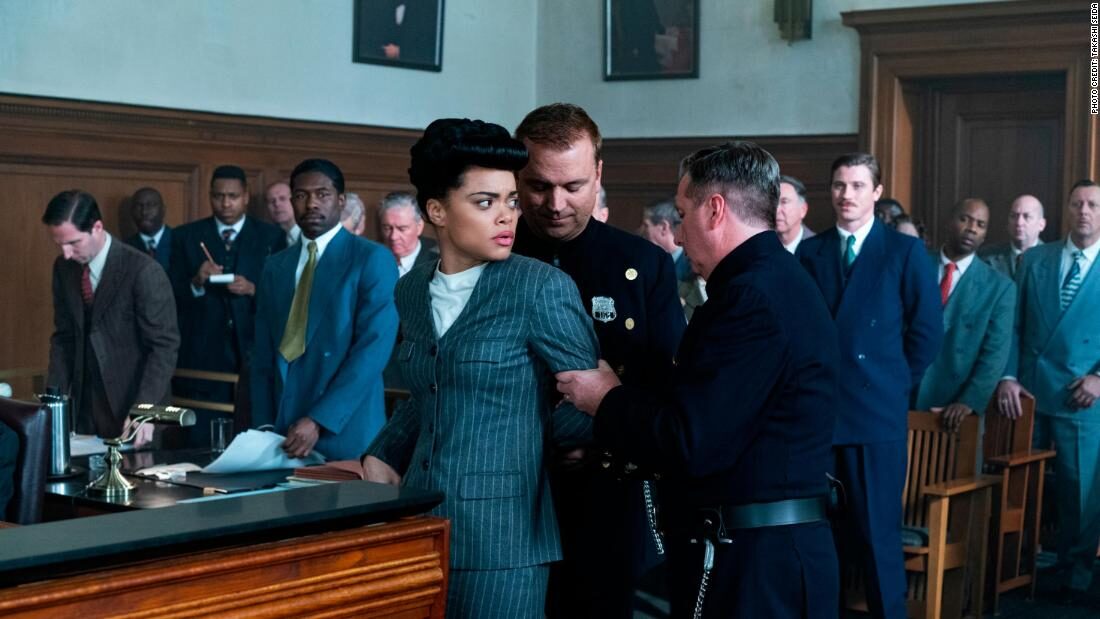 It’s around Christmas, traditionally, when studios and smaller distributors release their award contenders, hoping to be fresh in the minds of critics groups, guilds and most significantly members of the Academy of Motion Picture Arts and Sciences, which presents the Oscars, when they start voting.

For the 2020 awards, however, the eligibility window has expanded beyond the conventional calendar year through February, which accounts for the onslaught of prestige films arriving this month, through a combination of digital and theatrical platforms.

A quick rundown of titles from recent and coming weeks highlights this dynamic, beginning with an onslaught of movies with award aspirations — some of which have already garnered recognition from the Golden Globes and the Screen Actors Guild Awards — that opened on Feb. 12. The list includes “French Exit,” a whimsical movie starring Michelle Pfeiffer; the fact-based “Judas and the Black Messiah,” featuring Lakeith Stanfield and Daniel Kaluuya; “Minari,” a semi-autobiographical drama from writer-director Lee Isaac Chung, starring “The Walking Dead’s” Steven Yeun; and “The Mauritanian,” the true story of a Guantanamo detainee, featuring Tahar Rahim, Jodie Foster and Benedict Cumberbatch.

This month also offers directing debuts from two well-known actors, in movies in which they also star: Robin Wright’s “The Land,” about a troubled woman seeking refuge in a remote cabin; and Viggo Mortensen’s “Falling,” about a man dealing with his abusive father, who is suffering from dementia.

Notably, another directing debut from an Oscar-winning star, Regina King’s “One Night in Miami,” is already perceived as a major player in this year’s awards derby.

The next few weeks, meanwhile, bring “Nomadland,” director Chloe Zhao’s film starring Frances McDormand; “The United States Vs. Billie Holiday,” from director Lee Daniels, with Andra Day as the legendary singer; and “The Father,” starring Anthony Hopkins — nominated by both the Globes and SAG — and Olivia Colman, which offers a piercing window into the Hopkins character’s dementia.

The Academy made this Valentine’s Day-adjacent bounty possible when it delayed the ceremony itself by two months, until April 25, which triggered a collective shift in the entire awards timeline. In what was described as a one-time-only move, the organization also eliminated rules that require a movie to have a theatrical release in order to be eligible, paving the way for streaming services and on-demand windows to fill the breach left by shuttered theaters.
Netflix has been a clear beneficiary of the current state of play, with “Mank,” “Ma Rainey’s Black Bottom,” “Da 5 Bloods” and “The Trial of the Chicago 7” among its major award hopefuls. But other streaming competitors, including Amazon (behind “One Night in Miami” and “The Sound of Metal”), Hulu (which picked up “Nomadland” and “Billie Holiday”), and Disney+ (the animated “Soul”), have stepped up as well.
As Deadline noted, even with that, the pool has been diluted, as studios delayed a number of movies that would have been likely Oscar contenders — including a remake of “West Side Story,” Lin-Manuel Miranda’s “In the Heights” and several blockbusters that could garner attention in technical areas — into next year’s awards conversation.

Of course, one can argue that the emphasis on awards seems especially trivial in the current climate. Yet that overlooks several realities, among them that people in the entertainment industry still covet awards and prestige, regardless of where and how their work is being seen; awards are perceived to help boost revenue, giving people who care about such things an incentive to watch; and the robust industry devoted to the process, including news outlets that rely on income from “For your consideration” ads.

All that adds up to the current slate of February movies. And while the digital flurry of such fare won’t mean much to a lot of people, for those who do look forward to catching up on Oscar nominees toward the end of a normal year, let it snow.

entertainment, February is beginning to look a lot like Christmas - CNN, For movie awards season