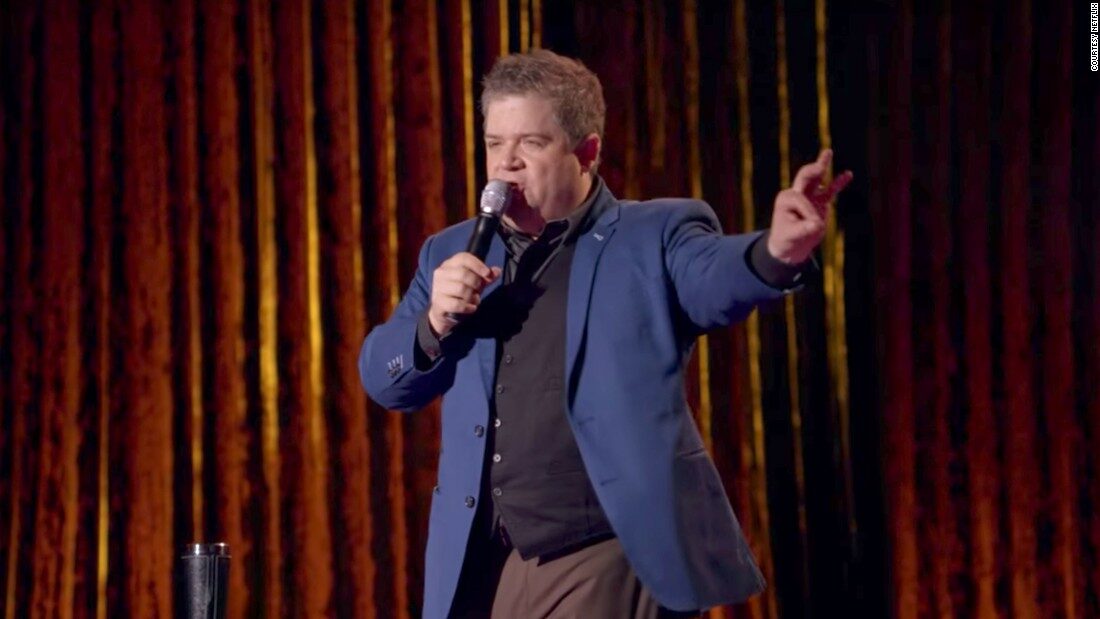 He wants to watch a movie with strangers. He wants to eavesdrop on conversations.

Post pandemic, the comic tells CNN, “I’d definitely like to travel. I would definitely like to be able to, you know obviously for me, it’s getting on the road doing standup. It’s seeing a movie in a theater for God’s sake. Sitting in a café in the morning and having a cup of coffee and just kind of writing and listening to the people around me.”

Oswalt is especially itching to get back on stage.

“I’m definitely missing the club,” he says. “I’m missing the hang and especially the whole feel of it. Hopefully when the pandemic is over and I get to go on stage, it’ll be such a treat for me that that excitement will translate to the audience, you know?”

He’s been quarantining at home in Los Angeles since last March with his wife, actress Meredith Salenger, and his daughter, Alice.

“There does seem to be this general sense of like, it’s harder to pull myself out of the swamp in the morning of sleep just because I’m getting up to be in my house,” he says.

But compared the struggles so many others are facing right now, he adds, “I guess I’m okay.”

In the meantime, he’s trying his hand at virtual comedy, and will headline a show on Feb. 20 for RushTix. A portion of the event’s proceeds will go to Alice’s Kids. Oswalt’s usual process, he says, is to bullet point loose jokes then work them out in front of an audience. He would bounce around from Largo to The Comedy Store to The Improv all in one night, trying jokes until they land right.

“Now I kind of have to work it out in my head over and over again,” he says. “It’s kind of a new, just different process.”

Oswalt says he hopes he will quickly “fall into a groove” on the virtual show, where he’ll perform a full hour of new material. He’s long ago learned how to adapt to his environment.

“I’ve been doing it long enough that you just adjust,” he says. “I’ve done standup in way worse situations. So I try to just remember all the bad gigs in my path I’ve done have given me some perspective on ‘this definitely could be way worse.’ So I’m just going to roll with it.”

After that, he’s just hoping to find some sense of normalcy. And maybe see a movie.

“My mind is so shredded by quarantine,” he laughs, “I’m sorry. I don’t have any other thoughts.”

Oswalt will perform an interactive night of stand-up comedy and commentary, with Q&A on Saturday, Feb. 20 at 9 PM ET/6 PM PT. A portion of the event’s proceeds will go to Alice’s Kids.

entertainment, What Patton Oswalt wants to do once the pandemic is over - CNN

Review: ‘Minari’ looks back at one family’s American dream in rural Arkansas

Review: ‘Me You Madness’ is Louise Linton’s stab at whatever’s beyond a vanity project