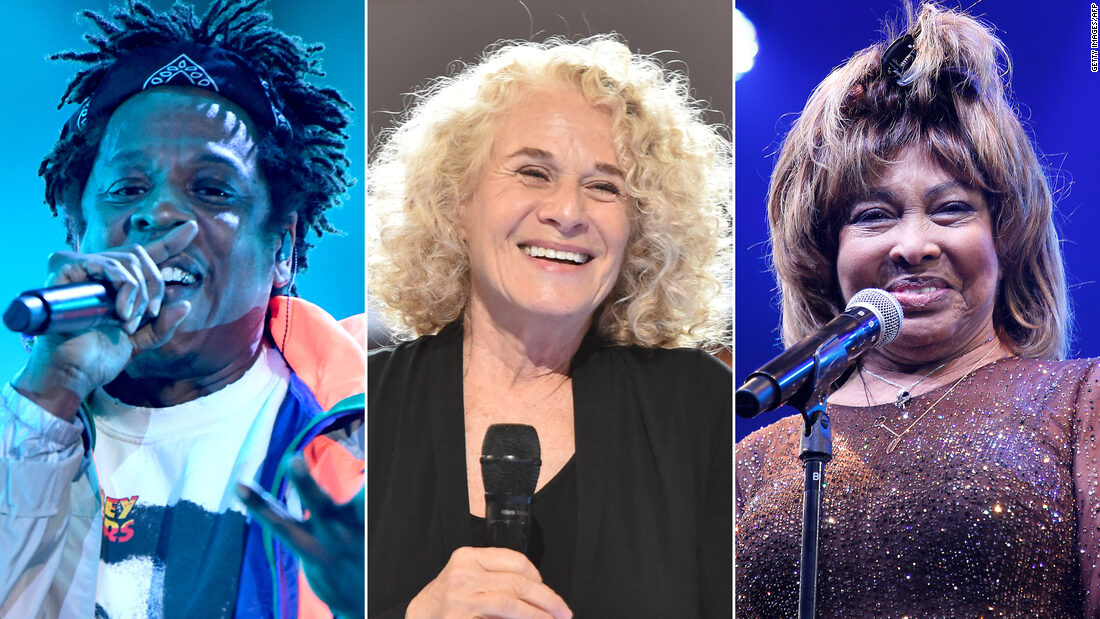 If you haven’t guessed yet, Jay-Z, Carole King and Tina Turner are among those up for induction this year.

Inductees will be announced in May. The Rock & Roll Hall of Fame 2021 Induction Ceremony will take place in Cleveland, Ohio in the fall.

To be eligible, an individual artist or band must have released its first commercial recording at least 25 years prior to the year of nomination.

The public will once again have the opportunity to participate in the induction selection process.

Through April 30, fans can vote every day at the Hall of Fame’s site or at the museum in Cleveland. The top five artists selected by the public will comprise a “fans’ ballot” that will be tallied along with the other ballots to pick the 2021 inductees.