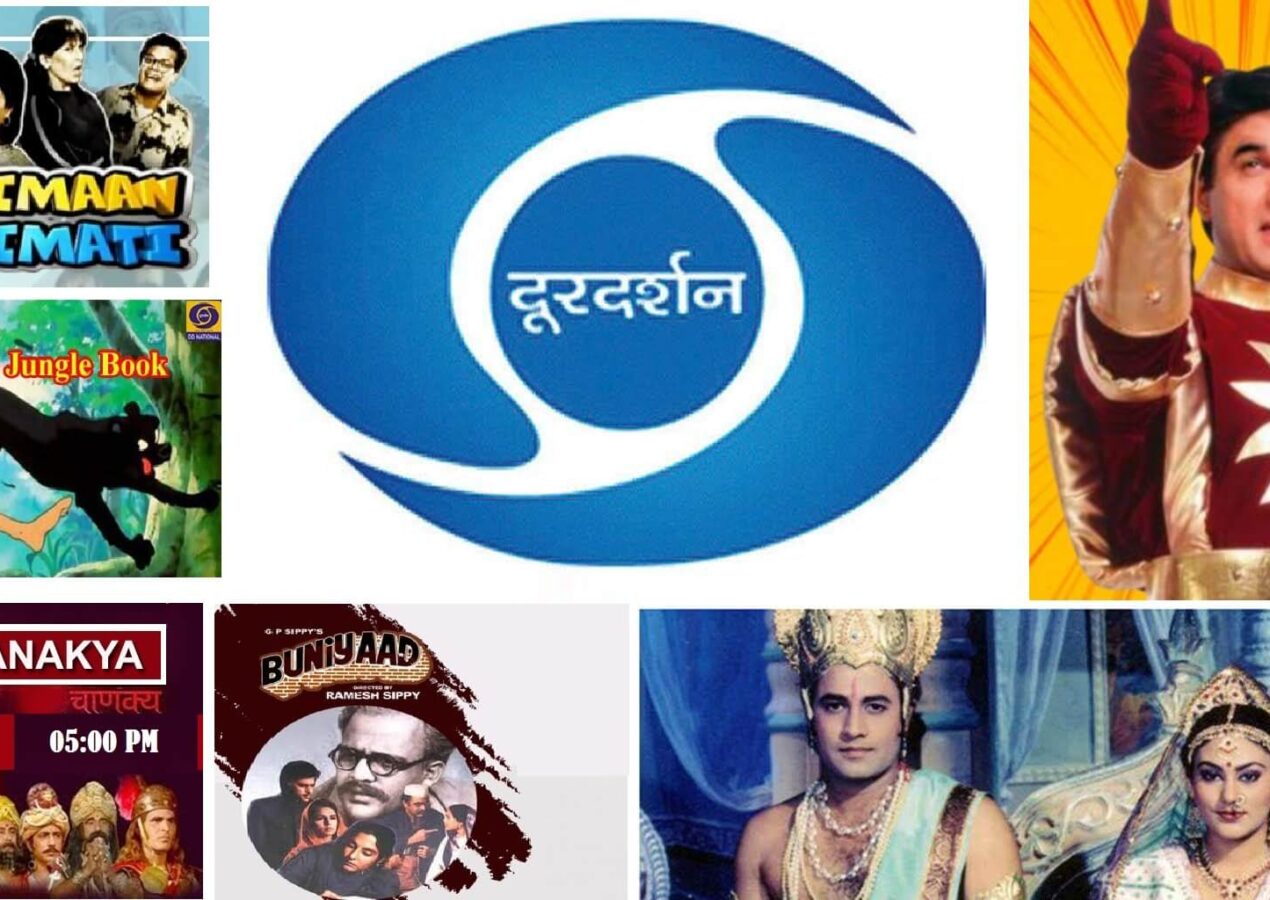 Doordarshan has decided to schedule 90’s Top TV Shows to Re-telecast on Doordarshan (DD National) Amid to lockdown due to the corona Virus. The Selected TV shows scheduled to retelecast on DD National are classics from the golden era of Indian television.

Check the list of TV Shows Re-telecast on Doordarshan

Ramayan is an Indian Mythological TV Show created and produced by Ramanand Sagar. The TV series comprising of 78 episodes and was aired on DD National during 1987-1988. Ramayan (रामायण) is Scheduled For Re-telecast on Doordarshan daily 2 episodes of One episode in the morning from 9:00 AM to 10:00 AM and another episode in the evening from 9:00 PM to 10:00 PM.

Mahabharat is an Indian Mythological TV Show Directed by Ravi Chopra and produced by B. R. Chopra. Mahabharat has 94 episodes are being telecasted in the 12 noon and 7 PM slots on DD Bharti.

Byomkesh Bakshi is an Indian-Bengali fictional detective TV Series created by Sharadindu Bandyopadhyay. The series stars Rajit Kapur and K.K. Raina as Byomkesh Bakshi and Ajit Kumar Banerji, respectively. It has 52 episodes re-telecasted on DD National at 11 Am. from 28 March 2020 during the lockdown of 21 days due to coronavirus.

The circus is a popular Indian television series starting Shahrukh Khan. It is directed by Aziz Mirza and Kundan Shah. Circus has 19 episodes is re-telecast by DD National and is being aired at 8 PM

Chanakya is an Indian television historical drama Show consist of 47 episodes. It is directed by Chandraprakash Dwivedi and Produced by Prakash Dwivedi. It is planned for the retelecast of DD National at 5 PM.

Upanishad Ganga”, a treasure trove of stories Never told before that exploring Vedic culture. A series depicting the concept of Upanishads. A mammoth attempt to unravel the glorious heritage of India. In-depth Research on Indian Wisdom. Upanishad Ganga is produced by Chinmaya Mission Trust and directed by Dr. Chandraprakash Dwivedi, consist of 52 episodes also scheduled for afternoon slots on DD Bharti at 6 PM.

Shriman Shrimati is one of the rib-tickling comedy that aired on Doordarshan from 1994-1999. It starred Jatin Kanakia, Rakesh Bedi, Reema Lagoo and Archana Puran Singh in the lead roles. The shows produced by Markand Adhikari is scheduled for a comeback on DD National from April 2020 in the 4 PM and repeat on DD Bharati at 09:00 PM.

Buniyaad is an Indian television drama-series that was directed by Ramesh Sippy and Jyoti. The series was written by Manohar Shyam Joshi and dealt with the Partition of India in 1947 and its aftermath. It first aired in 1986 on DD National and once again on public demand DD National re-telecast it Everyday at 10:30 PM on DD National

DD National brought back everyone’s favourite Disney show, The Jungle Book. Mowgli is one of the favourite characters that the 90s kids grew up watching and an iconic element of this show was the title song, “Jungle Jungle Baat Chali Hai, Chaddi Pehen ke Phul Khila Hai..” . The Jungle Book will retelicast on DD National at 1:00 PM Everyday