Who will win Bigg Boss 14? Former contestants share their predictions 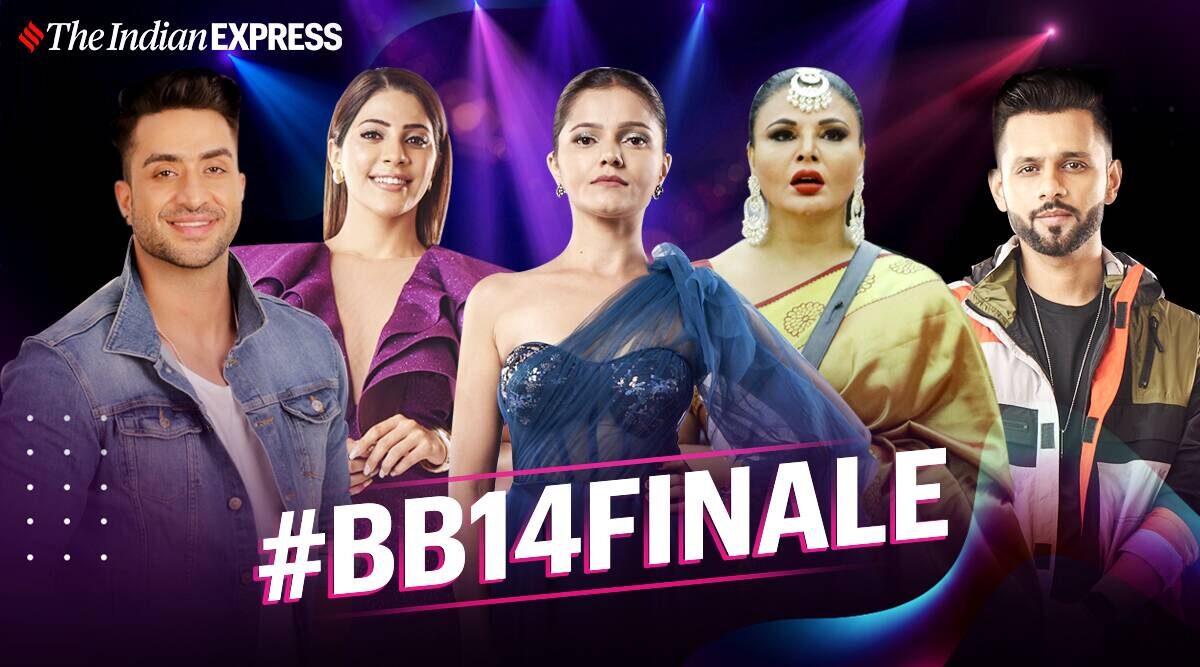 The countdown to Bigg Boss 14 finale has already begun. While each one in the audience has been secretly betting on their choice, former contestants of the reality show are also predicting the winner. The ones in the race to the trophy include Nikki Tamboli, Rakhi Sawant, Rubina Dilaik, Aly Goni and Rahul Vaidya.

Indianexpress.com reached out to some former Bigg Boss contestants to find out who they think would be announced as the Bigg Boss 14 champion by host Salman Khan on Sunday.

Abhinav Shukla (BB 14): I want and think that Rubina will surely win. She has tremendous support from the public, super fans and fan clubs voting and rooting for her. Her becoming the most trended woman on Twitter shows the sentiment of the public. And she is the only contestant who has been inside since day one, and has never left the show nor has been evicted.

Nishant Singh Malkhani (BB 14): My bet is on Rubina Dilaik.

Jaan Kumar Sanu (BB 14): After what happened in the past week with Abhinav, the show has become quite unpredictable. So I have given up on the guessing job. However, personally, I would want either Nikki or Rubina to win.

Rahul Mahajan (BB 2 and Challenger in BB 14): Rubina, of course.

Shardul Pandit (BB 14): I am torn between my heart and brain. Aly Goni is a brother, and I want him to win. As for Rubina, she was extremely nice to me during my stay in the house. She has even played a very strong game. I don’t know what to say, so would just wish both of them all the best.

Arshi Khan (BB 11 and Challenger in BB 14): It’s a very tough question. However, I must mention that after I watched the episodes, I feel I should have won (laughs).

Kamya Punjabi (BB 7): I think there’s a difference between who I think will win, and who should actually take home the trophy. In the past few weeks, it has been made quite obvious that the competition would be between Rahul Vaidya and Rubina Dilaik, and she would win. People also feel that only a ‘Colors face’ can win. However, I feel the game shouldn’t be so predictable and thus I am hoping for something unexpected. I really love Rahul and Rubina, but Rakhi Sawant is the real winner as she has given so much to the show. Based on entertainment and even because she really needs the money, I hope she takes home the trophy.

Vindu Dara Singh (BB 3 winner): I know exactly who will win but given I lived with them, I don’t want to name one. All of them showed me so much love and respect, and I don’t want to hurt any of them.

Saba Khan (BB 12): Although I like Aly and Rahul both, I really wish Rahul wins, as he has been fabulous in the season. He has shown multiple shades to his personality, and has always taken stand for the good. He is a straight forward person, and has been logical in his point of view. I wish him all the best.

Arhaan Khan (BB 13): I want Aly to win but unfortunately Rubina will win.

Shefali Jariwala (BB 13): It’s quite a tough call between Rubina and Rahul. Both have had such a great graph in the show. They even have a strong fan base and are equally deserving.

Kriti Verma (BB 12): Rubina Dilaik or Rahul Vaidya. They both have overcome the journey very well, and are such strong personalities. They both believe in speaking their mind, and I also see a part of me in them.

Shefali Bagga (BB 13): I want Rahul to win but I feel Rubina has more chance to take home the trophy.

It’s quite evident that these Bigg Boss veterans feel it’s either Rahul or Rubina the champion this year. Who do you think will take home the trophy?

Fire breaks out on the sets of Kinshuk Mahajan and Shiny Doshi show Pandya Store, producers say ‘everyone safe’