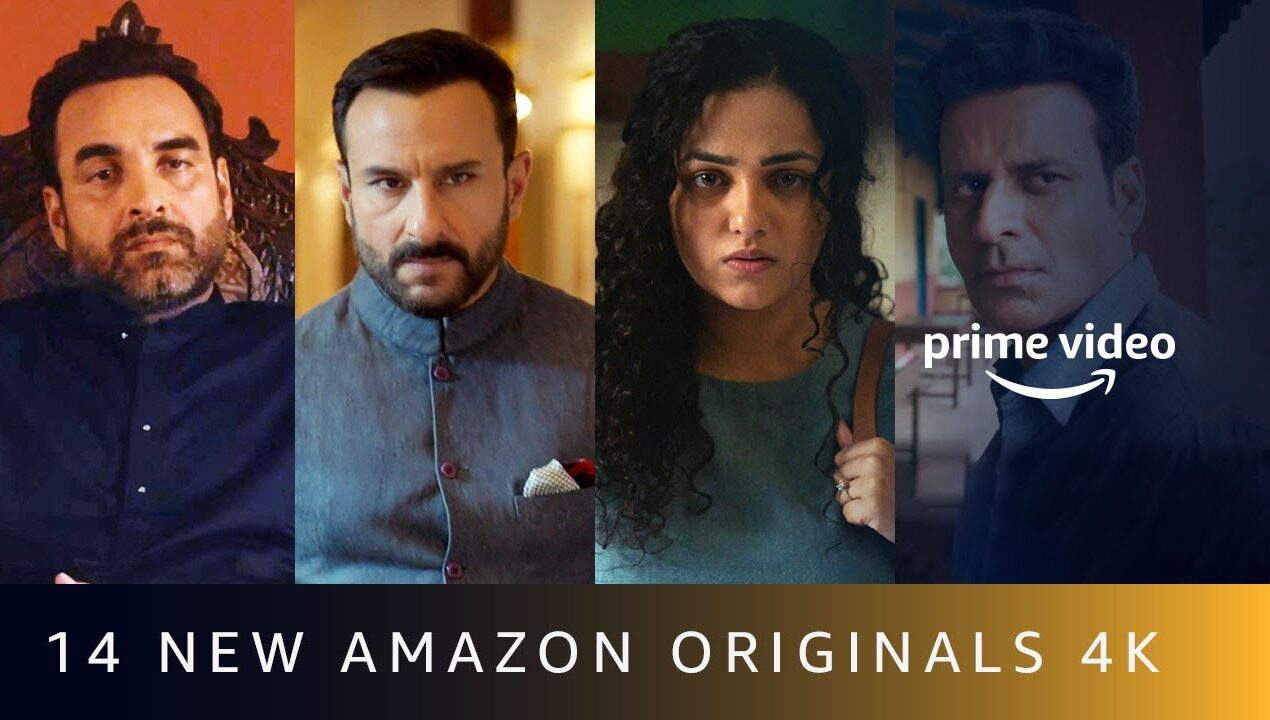 Amazon Prime has completed a successful three years in India. Amazon Prime Video was launched worldwide On December 14, 2016. Prime Video made a big announcement about the upcoming Amazon Prime Web Series of 2020. The streaming platform announced that they are bringing 14 new web series and the new season of web shows to India in 2020. It has 9 new web series and 5 new series will have new seasons. In such a situation, check the list of amazon prime video web series of 2020. And what is so special about these, that we should wait for them.

Netaji Subhash Chandra Bose’s Indian National Army, which was forgotten after independence. All his efforts for freedom are not talked about. The Forgotten Army is a new amazon prime web series will put that story in front of the public, which happened but it was not told to us. In 1999, Kabir Khan started his direction career with a documentary of the same name. Back to the same level on the big story.

A musical love story happening in Jodhpur. Story of an Indian classical singer named Radhey and a pop star named Tamanna. Basicly is about the clash of Indian classical and pop music in the backdrop of Love Story. It will have music by Shankar-Ehsaan-Loy. This trio is doing music for a web series for the first time.

Based series on 26/11 attack in Mumbai. Recently, ‘Hotel Mumbai’ came up on this issue. The film was praised. Nikhil Advani is associated with the project ‘Kal Ho Na Ho’ fame. He had just made a film with John on the ‘Batla House’ incident. Now another real life inspired crime project.

Saif Ali Khan is making a debut on Amazon Prime after the Netflix show ‘Sacred Games’. This will be a political drama. On the line of ‘House of Cards’. It was being told that Ali, the director of ‘Sultan’, is making a series called ‘Tandava’ with Saif. Now the same series has been named ‘Delhi’.

After films, Anushka is bringing her production house Clean Slate Films to the web world. This series will be a crime thriller, whose starcast is amazing. Attempts have been made to avoid telling anything about the story or concept.

A crime thriller based in the Himalayan lanes, which will also have an element of horror. Asif Kapadia is associated with this series as a producer. He has won the BAFTA Award (for Best British Film) for his film ‘Warrior’. Asif’s documentary ‘Amy’ has won both Grammy (Best Film Music) and Oscar (Best Feature Documentary) over the life of famous singer Amy Winehouse.

The name of this show is inspired by Pakistani ‘Gaurmint’ aunty. Earlier, Irfan was working in it. But due to cancer, he had to leave this series. This is the story of a bygone Bollywood actor who is made a cabinet minister against his will. A political story.

List of Returning Season of Amazon Prime Web Series of 2020

After watching the videos from this series, the story seems to have no idea. It has been learned that Guddu Pandit will appear in a wheelchair this season after being shot by Munna Tripathi. Golu will pick up the gun. And Gully Boy fame Vijay Verma will enter the story.

There is little confusion about this series. Its second season has been released in late 2019. Talking about its second season or the third season in the 2020 calendar, it is not clear. But whatever you know, it is a cricket based show. The series talks about what sports are off the field in this game.

R. Madhavan played the lead in the first season of the series. But this time, Abhishek Bachchan has taken his place. Abhishek will make his digital debut with this. The entire starcast is new except Amit Sadh. But the story will be different from the previous one. What will happen? These details are yet to come.

This is the same series in which producers Pritish Nandi and Anurag clashed with Kashyap. Pritish wanted to name this series as ‘Womania’. This word is taken from a song in Anurag’s film. The first season of the series was liked. The second season has gone international. It has been shot on a big level in places like Turkey and London.

This series will start from where the previous season ended. But there was a big development before the second season of this series. Its makers Raj and DK have gone to Hollywood. He will form the international web series franchise ‘Citadel’ with the ‘Avengers Endgame’ fame Russo Brothers.

List of Unscripted Titles of Amazon Prime Web Series of 2020

Abhishek Bachchan’s documentary on Jaipur Pink Panthers, a professional team playing in Pro Kabaddi League. Recently, the Indian Premier League team Mumbai Indians had a documentary series on Netflix- ‘Cricket Fever- Mumbai Indians’. In this series of Abhishek, we will be told about the things that happen between the purchase of players in the team and playing the match. Complete process. The BBC is producing it. Abhishek and his entire kabaddi and management team will be seen in it.

Regional version of the non-scripted stand up comedy competition show Comikistan. Till now we have seen a lot of comedians in this series stand up in Hindi or English. This time the language of this entire format has been changed. Here the contestants will also be Tamil speaking and their judges too.

Phoebe Bridgers wants you to know women can smash guitars too

Dolly Parton says ‘thanks, but no thanks’ to a statue of her at the Tennessee capitol